We have such heavy hearts this week. So much sadness already in Boston, and now we can’t turn away from the coverage of the tragic explosion in West, Texas. For our readers outside of Texas who don’t know, West is beloved. This small town is directly on the highway that connects Dallas, Austin, San Antonio & more. It has the two oldest (best & most delicious) bakeries in the state – so if any of us drive anywhere, we all inevitably stop in west to load up on kolaches and other yumminess. West hosts Czech Fest every year – a giant party drawing in people from all over the state, celebrating the town’s rich Czech heritage. Most Texans have a nostalgic love for West…it’s a small town with a very big heart. #prayersforwest

As we were looking for landmarks in this town we love, to see if they escaped destruction, we found this crowsourced map that was being updated through posts to Reddit: 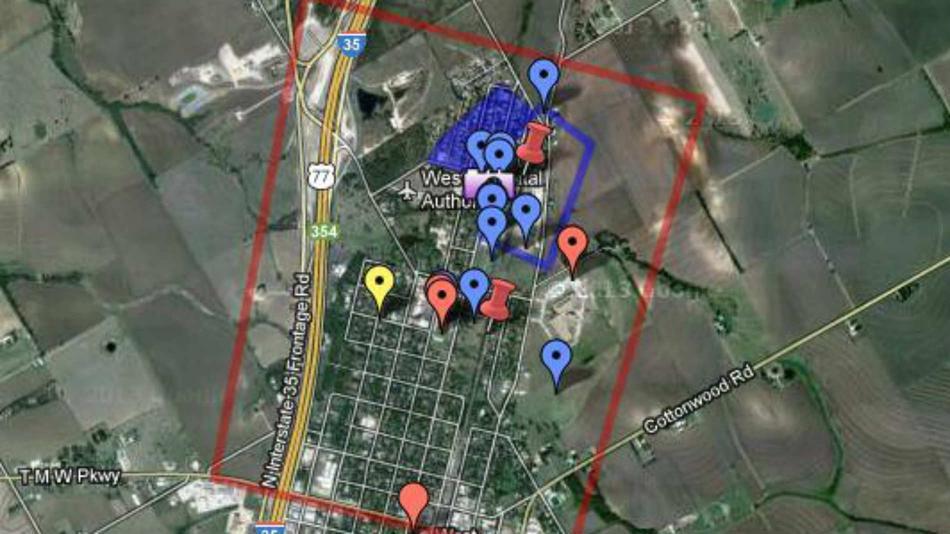 from an article about the West disaster map on Mashable: “Not long after reports that a massive fertilizer plant explosion occurred in Texas on Wednesday night, a map featuring key points of interest from the scene has been added to Google Maps.

Google Maps allows users to create and share personalized annotated maps. The Reddit user’s map of the fertilizer plant is public and open for those to edit with new information and details.”