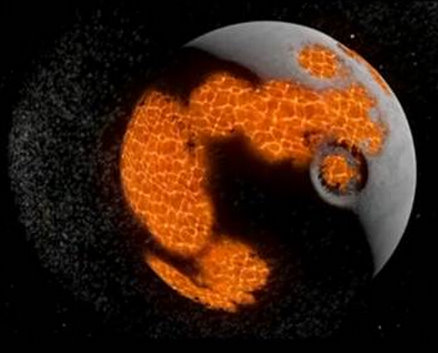 NASA’s Lunar Reconnaissance Orbiter has traced the moon’s early history as well as the latest trash left behind by moonwalkers, and now the team behind the mission has created a video smashing 4.5 billion years of the moon’s existence into less than three minutes.

“Evolution of the Moon,” released to mark LRO’s first thousand days in orbit, starts just after the moon’s congealment into a ball of molten rock, and guides you through the giant blast that formed the South Pole-Aitken Basin, through the pummeling known as the Heavy Bombardment, right through the hail of debris that resulted in the cratered satellite we all know and love.