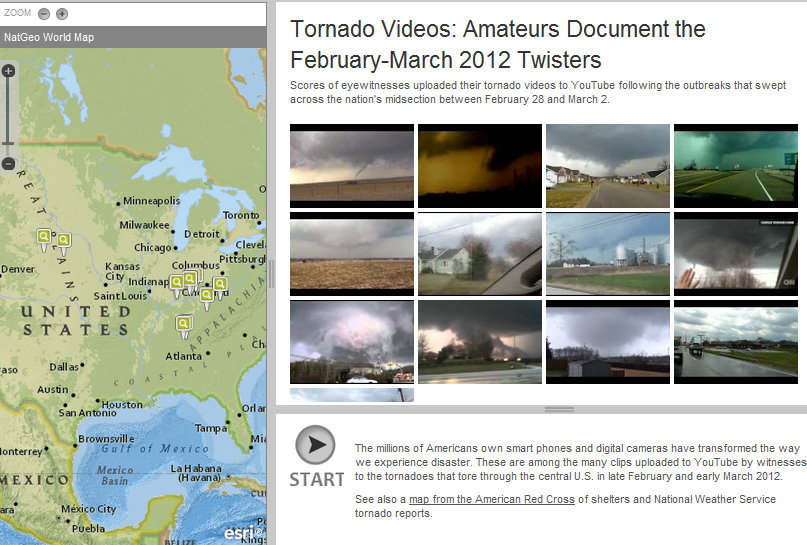 The millions of Americans own smart phones and digital cameras have transformed the way we experience disaster. These are among the many clips uploaded to YouTube by witnesses to the tornadoes that tore through the central U.S. in late February and early March 2012.