Ten Years of Images from Space 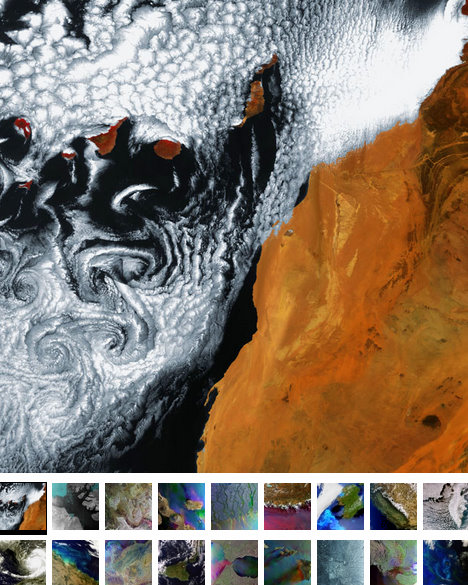 Ten years ago this March, the European Space Agency launched an 8-ton satellite called Envisat that would deliver back to Earth some of the most beautiful images of our planet taken from space. Since then, Envisat has orbited Earth more than 50,000 times and has lived twice as long as planned.

The satellite has more than seven instruments on board that can use radar to see through clouds, capture ocean color and land cover, monitor the ozone layer and atmospheric pollutants, measure thermal-infrared radiation, and register surface topography.

To celebrate the satellite’s 10th anniversary this month, Wired has selected a few of its most beautiful images for a stunning online gallery. Good luck deciding which one is your favorite!