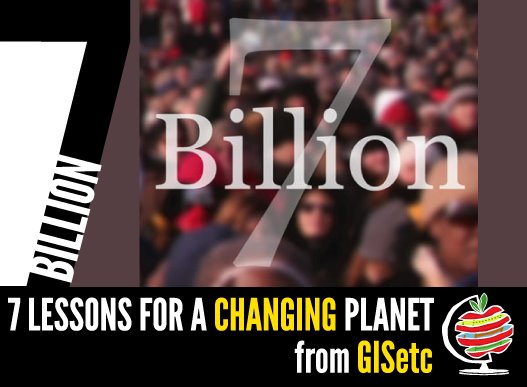 Despite a general decline in birth rates, world population increases by some 83 million people each year. This growth will continue for decades to come, challenging our ability to feed ourselves and to sustain the natural capital on which human societies depend.

The maps presented in this SEVEN feature on human population are through ESRI’s Map Stories blog. Explore a few population patterns: how our billions are distributed across the face of the Earth; regional differences in rates of population increase; and broad disparities in life expectancy.

SEVEN is a program in which we will  share, seven lesson plans or free resources over the remaining seven months of this school year relating to our recent global population surge to seven billion.

Over the next seven months, we will be featuring a great free resource to help you teach and plan lessons for your classroom. Look to us on the seventh of each month for a new installment in our SEVEN series.