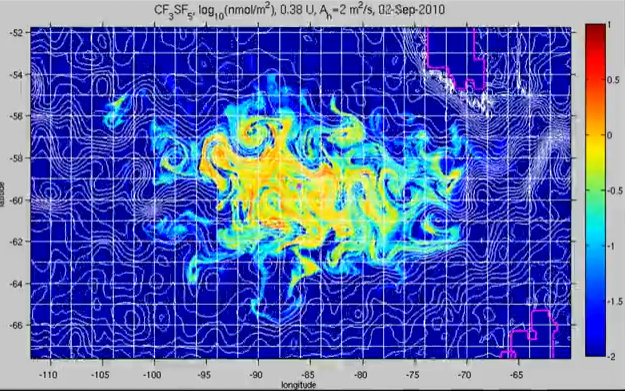 GISetc is going GREEN this week in celebration of Earth Day! Every day this week we’ll be sharing resources about our wonderful planet. Today we’re sharing an article about current studies of ocean eddies for data concerning climate change. The full study of this topic is extensive and we hope you follow the link to learn more and see the wonderful maps Simons Science News put together on the topic! 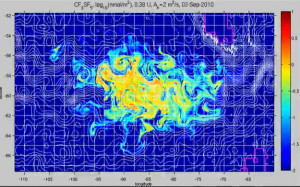 from the Simons Foundation: “The Southern Ocean has a powerful effect on Earth’s climate because it ‘provides a connection between the atmosphere and the deep ocean,’ said Andrea Burke, a marine chemist doing postdoctoral work at California Institute of Technology who is not involved with DIMES. It circles Antarctica, enabling surface winds to drive it eastward in a continuous loop. The Antarctic Circumpolar Current, as it’s called, has an average or ‘mean flow,’ while buildups of surplus energy erupt into eddies — circular currents tens of miles across that stir the water and, in a feedback process, reinforce the mean flow.

Because cold, dense water is farther below the ocean’s surface toward the equator than near Antarctica, ocean layers of constant density slope upward as one moves north to south across the Southern Ocean. Eddies and the mean flow draw water from the depths to the surface along these southward inclines, then drive it down again as it moves northward — a conveyor belt called an ‘overturning circulation’ that scientists say is the biggest on Earth.

These circulations conspire to make the Southern Ocean a remarkably efficient absorber of greenhouse gases, which are swallowed at the surface and channeled to the seafloor. And as a driver of global ocean currents, the Southern Ocean bolsters the impact of the other oceans on the climate, too.

But because of the complexity of ocean dynamics, climate change effects — strengthening surface winds (also caused by the hole in the ozone layer) and the 0.8 degrees C (1.4 degrees F) rise in average global temperatures since the start of the Industrial Revolution, for example — could drastically alter these circulations decades from now.

‘Understanding the feedbacks between the mean flow and the eddies is critical to understanding future climate change,’ said Emily Shuckburgh, an applied mathematician at the British Antarctic Survey and a DIMES principal investigator whose research over the past decade has highlighted the complex role played by eddies in ocean dynamics.”