One Year Later: Tsunami Pictures Then and Now

The people of Japan paused for a moment of silence to mark the one-year anniversary of a powerful earthquake and subsequent tsunami that killed almost 19,000 people and left hundreds of thousands of others homeless.

Entire cities and towns were wiped off the land by the twin disasters, and more than 340,000 people who lost homes are still living in temporary housing a year later.

Emperor Akihito led a national memorial service in Tokyo, and smaller memorials were held across the country. A moment of silence was observed at 2:46 p.m. local time Sunday, at the exact moment the 9.0-magnitude earthquake hit last year and unleashed a wall of water that hit Japan’s northeast coast.

National Geographic did a beautiful job of pulling together before and after shots to compare the initial damage to the progress the Japanese have made towards recovery. Here are just a couple of close ups from their gallery. 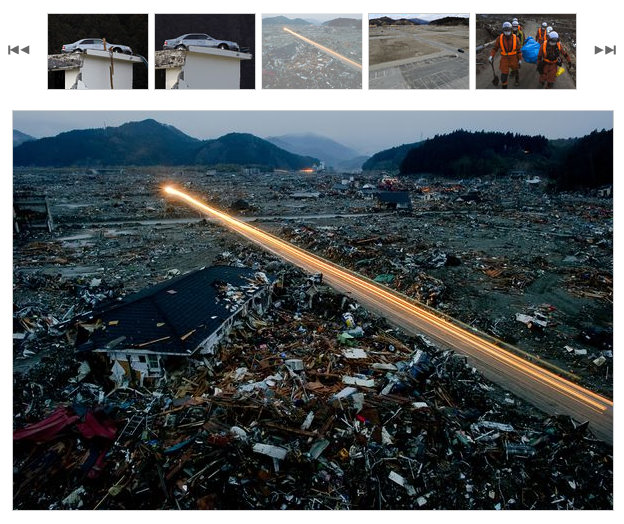 Our thoughts and prayers are still with all the families affected by this natural disaster.