This month marks NOAA‘s 30th anniversary of using GIS technology to save lives. We applaud their efforts and their vision. To commemorate their anniversary this month, we are sharing a segment of an article about their mission from Science Daily: 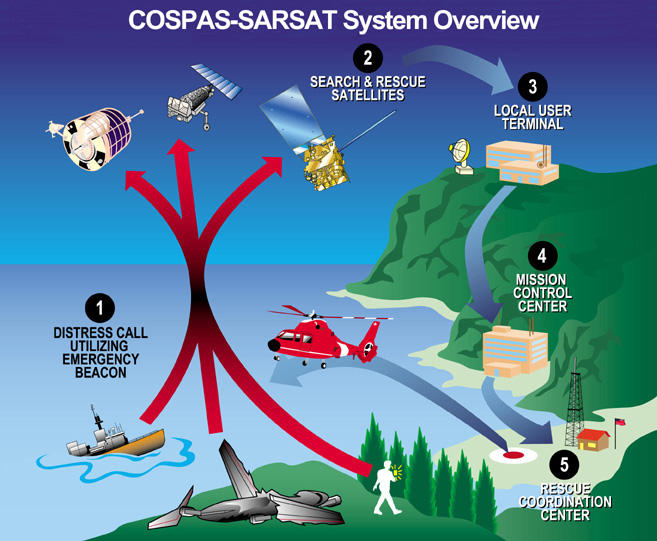 “Thirty years ago, about 300 miles off the coast of New England, a barrage of towering, 25-foot waves battered a catamaran sailboat, causing it to begin sinking. A satellite, orbiting in space, detected the signal from an emergency beacon onboard the boat. A short while later, a U.S. Coast Guard cutter pulled the three passengers to safety.

The Search and Rescue Satellite-Aided Tracking system, or Cospas-SARSAT, is celebrating the 30th anniversary of this first life-saving rescue in the United States, which occurred October 10, 1982. NOAA operates several satellites and the U.S. Mission Control Center as part of the international program that has been responsible for the rescue of more than 30,000 people worldwide and nearly 7,000 in the United States since its inception in 1982.

Today, 43 countries and organizations around the world participate in the operation and management of the Cospas-SARSAT program, which includes a total of 12 satellites.

In the future, Cospas- SARSAT will transition to instruments mounted on the Global Navigation Satellite System (GNSS) composed of new generation global positioning satellites from the United States, Russia, and European Union. There will be a total of 72 satellites in a medium-Earth orbit, which will allow for even greater and more accurate satellite coverage than today’s SARSAT system. The future system is still in the development stage and should begin limited operations in 2015.

Allan Knox, manager of the USAF Search and Rescue/GPS program said, ‘…We are extremely excited about this future transition with advanced technology in space and the promising capabilities of the second generation of beacons.’ ”

At GISetc.com we curate and bring you the best geography and science resources from the web. We hope our sharing will keep you up to date on the latest science and geospatial news. Click here to learn more about NOAA’s accomplishments and to read the full article.