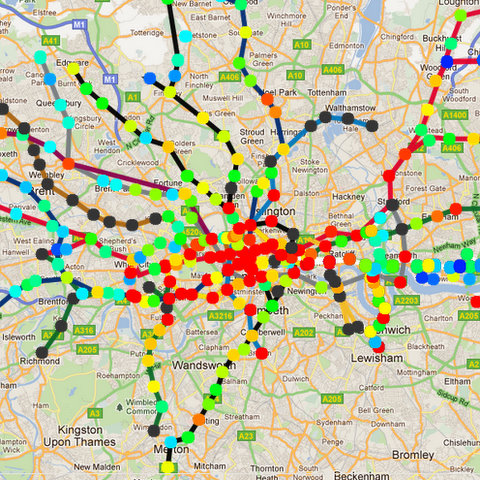 MapTube is a free resource for viewing, sharing, mixing and mashing maps online. Created by UCL’s Centre for Advanced Spatial Analysis, users can select any number of maps to overlay and view.

The main principle of MapTube is that shared maps can be overlayed to compare data visually. For example, to see a map of the London Underground overlayed on top of a map of population, go to the search page and enter the keywords “tube” and “population”. Then click on the two relevant maps to add them. They will be displayed when you click on “View”.

MapTube is a product of the work undertaken by the Geographic Virtual Urban Environments (GeoVUE) team based at University College London’s Centre for Advanced Spatial Analysis (CASA). GeoVUE is a research Node of the National Centre for e-Social Science (NCeSS). NCeSS is funded by the Economic and Social Research Council (ESRC) to investigate how innovative and powerful computer-based infrastructure and tools developed over the past five years under the UK e-Science programme can benefit the social science research community. MapTube was developed as part of GeoVUE’s contribution to the NCeSS e-Infrastructure for social sciences project.