Maps Disputes Are Changing the Face of Texas’ Primaries 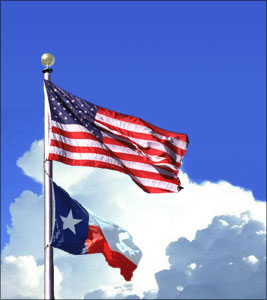 Texas’ redistricting is getting controversial. The redrawing of the maps deliniating the the voter districts in Texas is being untangled by the U.S. Supreme Court.

If they cannot reach a timely decision, the Texas state primary could be pushed back, which has major political ramifications. Texas has carries a lot of votes in the primaries and powers that be want their votes to be heard before the majority of the nation is decided.

Listen to the full story as broadcast on NPR

This is the first year since the 1965 voting rights law was enacted that the decennial redistricting has occurred when a Democrat was president — and when Democrats were running the Justice Department. Perhaps because of that, the Republican-controlled Texas Legislature took the alternative — and longer — pre-clearance route: It sought approval from a three-judge court in Washington, D.C.

So far, however, that has not worked out well for the state. It has not won pre-clearance to date, and now it is challenging an interim plan drawn up by a federal court in Texas. The interim plan gives greater weight to the state’s exploding Latino population, but the result is that three out of four new congressional seats would very likely go to Democrats, as opposed to the GOP plan, which would most likely result in three out of four seats going to Republicans.

The state says its map should be assumed valid, pending pre-clearance, and it maintains that the interim plan designed by the federal court in Texas is a prime example of judges’ substituting their choices for the Legislature’s.

This will be interesting to watch play out. Follow the primaries with your students with the official primaries map.