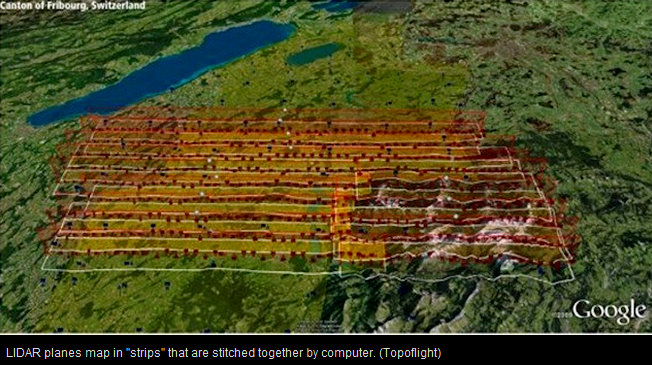 “Just like the advent of radiocarbon dating, LiDAR will have the same impact” proclaimed archaeologist Chris Fisher.

LiDAR, or “light detection and ranging,” acts as a sort of radar with light, painting the target area with lasers and recording the time it takes to reflect back to the instruments.

In the once tech-resistant area of anthropology, high-tech tools are enabling new discoveries on an almost daily basis. Several years ago, Fisher started out with rugged handheld computers and a few GPS receivers to map the recently discovered city Sacapu Angamuco in western Mexico, occupied from about 1,000 to 1,350 C.E. The Purepechan or Tarascan people had proven more difficult to pinpoint archeologically than had their contemporaries and rivals, the Aztecs. But initial data gathering and geo-referencing allowed Fisher to identify the city at an important moment on the crux of empire, and to do so in a fraction of the time it would have taken with tape measures and grid-plotting. Still, there was more to be done.

Pure science is not the only rationale for the use of LiDAR and other technologies. In a tight economic time, academic funds are sparser that usual, so anything that can save money is welcome. “LiDAR technology (helps) map not only ancient architecture,” Fisher wrote, “but the underlying landscape in a more cost-effective manner than would a traditional archaeological survey.” Additionally, the quality of the data is better than any method that has come before.

“LiDAR has been around for a while (since the ’80s), used extensively for archaeology in the U.K., and other places in Europe,” Fisher said. “But it has only been recently that the resolution is high enough to see individual archaeological features. Each point that we have has a plus/minus range of 2.5cm – roughly the size of a Rubik’s Cube. So we can now use it to investigate not only ancient cities but the broader landscape, and connections between these features on the landscape. For the first time we are able to record the world in the same way that we experience it – in three dimensions.” http://www.wired.com/wiredscience/2012/03/archeology-lidar-mapping/