We are blessed to have not one but TWO amazing featured lecturers booked for GeoTech 2012! GeoTech is less than a month away! Don’t miss this amazing opportunity to connect with our amazing line up of speakers! {click here for registration info}

A dynamic young engineer at NASA’s Jet Propulsion Laboratory, Kobie Boykins is on the front line of Mars exploration. Boykins designed the solar arrays that power the remarkable Mars Expedition Rovers, “Spirit” and “Opportunity,” which (as of December 2008) continue to send back data from our nearest planetary neighbor more than four years after being deployed. He is currently working at NASA’s Mars Science Laboratory, preparing the actuators for the next mission. Boykins’ other projects have included work on the Mars Pathfinder mission and the Ocean Surface Topography Mission, making measurements by satellite of the Earth’s oceans. 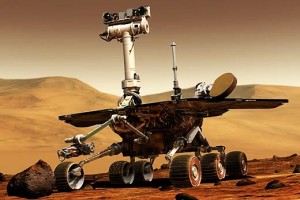 In 2002, Boykins joined a team of young scientists for a public education tour—dubbed “Marsapalooza”—to raise awareness of the Mars Exploration Program. Four years later he was featured in the JASON Project Expedition “Mysteries of Earth and Mars,” bringing his passion for space exploration to students and teachers worldwide. An engaging public speaker who puts a fresh face on America’s space program, Boykins recounts the challenges and triumphs of the Mars Exploration Rovers mission, sharing remarkable images and discoveries that continue to come to us from the Red Planet.

Kobie is a dynamic and charismatic presenter for student audiences and we are thrilled to have him at GeoTech in 2012!

photos and video courtesy of NASA