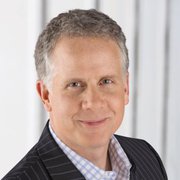 Brett has worked as an investigative reporter at WFAA-TV since 1995. His most notable work of late, the year-long inquiry into faulty natural gas couplings linked to fatal explosions and serious injuries dating back to the 1980’s. Brett’s investigation has led to a state order for removal of the fittings and the adoption of new natural gas safety standards statewide.

His investigation resulted in his being awarded the two most coveted prizes in broadcast journalism, the 2008 duPont Gold Baton and the 2008 George Foster Peabody Award. The seldom awarded Gold Baton from Columbia University was the first ever given to a local television reporter.

Brett has received three duPonts and three Peabodys since 2003 in recognition for stories such as the alleged inhumane treatment of women and children immigrants at a federal prison in Texas, the Fake Drug Scandal at the Dallas Police Department and the mistreatment of injured workers by the Texas Workers Comp Commission which was abolished as a result.

In 2003 and 2005, Brett was named as a finalist for Goldsmith Prize for Investigative Journalism by Harvard University.

In another recent investigation, Brett uncovered improper grade changing at Dallas South Oak Cliff High School which resulted in the basketball team being stripped of its 2005 and 2006 state crowns.

Brett was also the first local reporter on the scene in New York City following the 9-11 attacks.