GeoTech Presenter Highlight: Gary Lewis and Davida Beuhler a.k.a. Spending a Day with the GSA 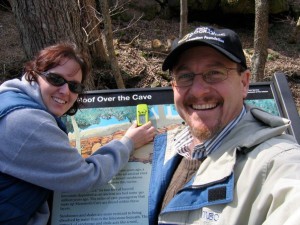 We are so thrilled to have Gary Lewis and Davida Beuhler from the Geological Society of America  presenting at GeoTech this year! Gary and Davida will be presenting three workshops, that’s a FULL NINE HOURS of rich content with people who are as delightful as they are knowledgeable!

I cannot let this acknowledgement pass without sending a huge e-thanks to Gary’s wife, Jen, who is lending him out for the week to us in the middle of a move with two young children!

We are getting so excited for GeoTech 2012! (we are totally “wonked” on science) There’s still time to register for the event – but it’s next week, so act fast!!!

Here are expanded descriptions of their presentations: 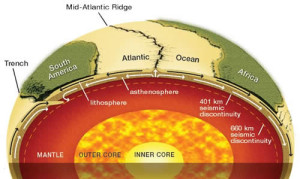 Investigate the unifying theory of plate tectonics and see how it relates to earthquakes, volcanoes and mountain building. Make observations using the same data geologists used to identify the different plate boundaries. Construct a 3-D model to show the depth of earthquakes in a subduction zone. Create models that demonstrate various fault movements and the physiographic features that form as a result of these movements. Identify the epicenter of an earthquake using seismic data. Participate in seismic relay races to learn the properties of seismic waves. Participants will receive three CDs from our Exploring Geosciences series. They include: Plate Tectonics, Earthquakes and Volcanoes.

Rocks and minerals lend themselves to inquiry-based lessons. Students are naturally curious about rocks and minerals and they enjoy having time to make observations as they learn how to identify them. This session will incorporate inquiry-based lessons for you to use in your classrooms. In addition, you will use a mnemonic device to help students remember the characteristics that define a mineral. Identify common minerals using physical properties. Interpret the rock cycle using Hershey Kisses and marshmallows then relate the rocks to plate tectonics. Learn the keys to identifying common igneous, sedimentary and metamorphic rocks. Participants will receive the Rocks and Minerals CD from the “Exploring Geosciences” CD series.

Now that you have a solid understanding of rocks and minerals, investigate the factors that constantly reshape Earth’s surface. Compare the roles of erosion and deposition through the actions of water, wind, ice, gravity, and igneous activity by lava. Construct 3D weathering and erosion models to help make abstract concepts more concrete. Discover the world of caves. Create your own sinkhole. Use maps to identify karst features and groundwater movement. Participants will receive the “Weakened and
Worn” and “Caves and Karst” CDs.