Be Prepared: Where and How to See the Eclipse 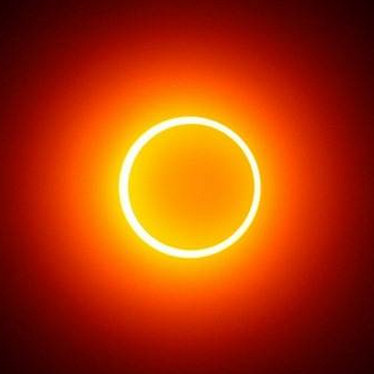 Eclipse-chasers have been known to plan their expeditions months or even years in advance, but if you can get to the western United States, there’s still plenty of time to plan your party for this month’s solar eclipse. If the skies are clear, all you have to do is look up — with the proper eye protection, of course.

The May 20 event won’t be quite as spectacular as a total solar eclipse, but if you can make it to a 200-mile-wide strip of territory that extends from the Oregon-California coast to northwestern Texas, you just might see a rare “Ring of Fire” eclipse near sunset. And that zone of annularity runs through some of the most picturesque parts of the country, including the Grand Canyon and 32 other national parks.

The park service has put together an interactive website that shows you where the eclipse will be visible, lists events tied to the eclipse and provides more online resources about the phenomenon.

This eclipse will be an international spectacle that’s not to be missed. Over the course of three and a half hours, the moon will blot out at least part of the sun, as seen from earthly locales stretching from Southeast Asia through China and the Pacific to North America and Greenland. Because of the moon’s position with relation to Earth, the lunar disk will never block the sun completely, but will leave at least an edge of the solar disk exposed.

Safety first
For that reason, it’s important to use the proper protection when gazing at the eclipse, even during the “Ring of Fire” phase. You can buy safety glasses for less than a buck each from Telescopes.net, with all of the proceeds going to support Astronomers Without Borders. Eclipse shades are available as well from Rainbow Symphony and lots of other online vendors.

for more on the eclipse an eclipse safety, read the full article from Cosmic Log by msnbc.com