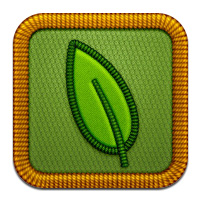 Project Noah was launched out of NYU’s Interactive Telecommunications Program (ITP) in early 2010. It all started off as an experiment to see if they could build a fun, location-based mobile application to encourage people to reconnect with nature and document local wildlife. They wanted to harness the power and popularity of new smart phones to collect important ecological data and help preserve global biodiversity.

Shortly after launching their iphone app in 2010, they earned a spot in the first Startl Mobile Design Boost where they had the opportunity to improve their design with the help of the Startl team and folks from IDEO. A few months later they won the inaugural “Breakthrough in Mobile Learning” prize from the Joan Ganz Cooney Center. With the $50K cash prize they were able to design their next generation software and attract National Geographic as an investor.

Project Noah’s ultimate goal is to build the go-to platform for documenting all the world’s organisms and through doing this we hope to develop an effective way to measure Mother Nature’s pulse. By encouraging the mobile masses to document their encounters with nature, they hope to build a powerful force for data collection and an important educational tool for wildlife awareness and preservation.