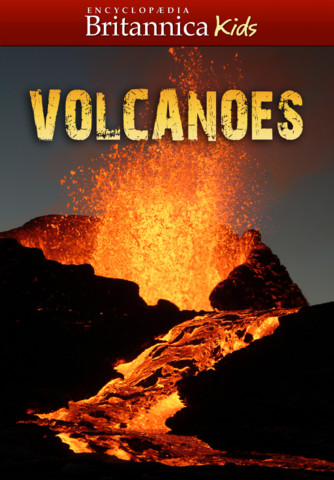 We’re wrapping up our mini volcano week with a lava hot app. This one is a great source of information, activities and games geared for students all about volcanoes! Encyclopedia Britannica Kids Volcanoes provides wonderful content in a friendly and educational presentation.

Explore volcanoes interactively with this app and learn about the world’s major volcanoes and their eruptions, lava, plate tectonics, and much more.  Learning has never been more fun with this interactive and educational app that is based on school curriculum.

With the interactive map you can locate where you are anywhere in the world and see how near you are to the most powerful volcanoes. Want to see your favourite volcano? It’s easy with our map tool, use the zoom feature to see right into the craters.

Play Brush off – brush off the lava, soot and dust from the eruption of Vesuvius to reveal an object in the city of Pompeii and then try to guess what it is. Test your knowledge on volcanoes with the Quiz feature. Or try testing your memory with the popular Memory Match game and match up the pairs!