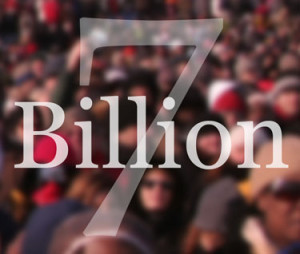 The Earth’s human population has surpassed the seven billion mark. Despite a general decline in birth rates, world population increases by some 83 million people each year. This growth will continue for decades to come, challenging our ability to feed ourselves and to sustain the natural capital on which human societies depend.

Follow the links below to explore a from population patterns to broad disparities in life expectancy.