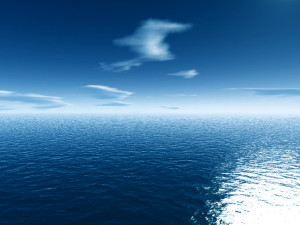 We hope you had a pleasant and fulfilling Earth Day! Today we revisit our planet’s oceans. You will remember Sylvia Earle’s TED Talk we featured last Friday. Today we turn to biologist John Millar, who is also passionate about saving our oceans.

John Millar is a Registered Professional Biologist (R. P. Bio) in Vancouver, British Columbia, Canada.  He completed his training as a Marine Biologist at the University of British Columbia in the late 1970’s.  He worked in the Environmental Field for the past 30 years and has specialized in undertaking Biophysical Inventories and Impact Assessments along with completing Habitat Enhancement Designs for terrestrial and aquatic habitats.

Mr. Millar has written this eloquent piece in response to the Sylvia Earle TED Talk:

“As a professional Biologist I do communicate with Silvia Earle on occasion. I have only been aware of her work for the past few years but I strongly agree with her observations and conclusions about the importance of the world’s oceans. She states so many things that I have said before but she speaks with greater clarity and grand authority. Many of the same observations have floated by both of us over the years and, much like barnacles, they have attached themselves to our awareness. I am fascinated and excited but at the same time quite intimidated to process the reality that we know more at this moment about the Dark Side of the Moon than we do about the depths of our planet’s oceans.

The “High Seas” average some 400 meters in depth and comprise well over 40% of the global surface and remain the blue and beating heart of this planet (as explained by Sylvia Earle). The High Seas include the Sargasso Sea, Antarctic waters, North Polar seas and many other watery features. Much less than 1% of the world’s high seas are presently protected and no international legislation or jurisdiction really controls them or their use. We strive to protect our own heart much more than we seek to protect the High Seas that serve as the beating heart of our planet.

Only a few people have visited the 7 mile depths of the Mariana Trench since 1950 – fewer than the number of humans who have visited the moon. Two people touched on the bottom of the Mariana Trench in the 1950’s. James Cameron (the movie director of ‘Avatar’ and ‘Titanic’) recently descended to and returned from the Mariana seabed (March, 2011). Still, we continue to harvest millions of tons of biomass from our oceans each year for the food we consume and we throw hundreds of millions of tons (more than humans eat) of dead unusable catch back into the same seas. This is clearly one of the largest unsustainable practices that has ever been served by the ignorance or greed or need of humans. We hardly speak about it because we can’t really properly define the ocean’s problem and certainly can’t find any handles to grip the problem with.

Plant matter from the Sargasso Sea is presently harvested to feed Cattle. This practice is harmful but it does remove a small portion of the floating plastic from the Ocean’s water. It is only one of the ignored truths of our unkind treatment of this place we live in. The eels that spawn there are disappearing. Tuna are still killed with dolphins as a bi-catch. Whales and sharks are in trouble and we continue to ignore the noise of this problem. Sea turtles and flying fish also depend on the Sargasso Sea and they are being dramatically affected by today’s changes that are occurring there.

The effects of global warming will undoubtedly define themselves clearly through their impacts on the plants and animals of the oceans in ways we can hardly imagine at this moment. But these negative changes will come unless we seize the opportunity we have over the next 10 years to alter the unfortunate course of the ship we all travel on. The loss of species and community structure within the world’s oceans will be a tragic way to learn about the values of these resources to man and every other species and community that inhabits the planet.

Of course not all human news is bad but this does call out for our attention. We will all eventually learn the value of our place among a diversity of life and I hope so much that it will not be through the loss of fish from our Oceans.”

Mr. Millar summed up the issues facing us about our oceans best, “I hope that we simply follow our heart to gain knowledge about our planet and its oceans.  Our hearts will not lead us far astray… It is my hope that what I have learned and written will help my friends and my children become healers and not unintentional destroyers of the communities on this planet that they will inherit from us.”

Many thanks to John Millar for sharing his writing with us, and for his conversations with us as we prepared our Protecting Our Oceans feature. If you have questions for Mr. Millar, feel free to email him. He encourages all of us to continue the conversation as we seek ways to become better curators of our planet.